Doing what I love – Producing

Hi, I’m Ron and for 50 years I’ve loved working with the best crews and serving the best clients from around the world.

​Creativity starts and develops in many forms. Mine started at age 5 with piano lessons and then at age 6 when I added trumpet. This musical talent was developed through grade school, high school (winning the Master Musician Award), and into college having received three college scholarships for music: Glendale College, Arizona State University, and New Mexico State University.

During high school, my attention to detail and interest in technology developed through four years of studying math; algebra, geometry, trigonometry, and the sciences; Earth and Space sciences, biology, chemistry and physics. At A.S.U. this continued with the goal of a degree in Electrical Engineering and Acoustics. After  Arizona State, I entered the service where I graduated from the U.S. Naval Academy School of Music and served 3  1/2 years with the US Army Military Intelligence Corps Band.  It was the combining of these two diverse regimens that led to the development of my lifelong production activities and my company Production Services/AZ.  ~  My Resume

My professional career again combined both areas of interest having musical groups that performed both at local and national events and with work on the production team of the first Fiesta Bowl in 1971. My Phoenix-based band played intro shows for such acts as Bob Hope, The Righteous Brothers, Ink Spots, Andy Williams, Henry Mancini, the Flying Wallendas, and others. Soon I was producing both music and comedy concerts with acts such as Second City comedy groups and Andy Kaufman. I  developed and produced musical concerts to be used as promotional events with such renowned musicians as Oscar Peterson, Joe Sample,  Kenny Burrell, Bud Shank, Buddy Collette, and Lorez Alexandria with my producing and L.A. studio partner Bobby Bryant. During the mid 70’s, I would attend movie, record and commercial recording sessions with Bobby and learned audio production in the control rooms. This knowledge base led me to open Sandstone Studios in Phoenix in ’77 and Celebrity Sound in L.A. with Bobby in ’80, being both business partner and audio engineer.

My production company, Production Services/AZ continued its growth in Phoenix and did audio recordings of such musicians as Jackson Browne & the Group, Stephen Stills, Tom Rush, Ronee Blakley, Dave Liebman, Paul Winter Consort, and others. During this time, the expansion of the video and marketing aspects of PS/A grew. I served as the lead for PS/A’s many clients and activities that would grow to include that of producer, director, copy/scriptwriter, project manager, cameraman, client liaison, creative director, editor, sound engineer, and gopher.

In ’75, PS/A became the agency of record for Aaron Rents Furniture out of Atlanta, and California Design Centers in San Diego. Other accounts were added but the love of production was what kept my interest. I expanded our list of local, national and international clients and still served them with an even wider list of services. Those services include video production, multimedia, websites, animation, graphics, and more.

My passion and direction has always been to provide a full-service production approach offering all areas of production in order to fully serve the clients. And my choice of this working concept was to work with some of the best people around having feature film, network, and executive corporate experience in their fields of expertise while keeping overhead low and passing the savings on to my clients. I’ve directed or produced shows for Naomi Judd, Carnie Wilson, Jimmy Connors, pro golfers Jack Nicklaus, Tom Weiskopf, and Tom Purtzer, Phoenix Suns’ Jerry Colangelo, Paint Jam’s Dan Dunn, as well as national and international corporate clients.

While the majority of my career has been in production, I concurrently dedicated 20 years of time to the food industry having owned three restaurants and a food manufacturing /marketing company.

Currently, I’m concentrating on just a few clients with larger projects in order to dedicate the time and attention they deserve. I’d be happy to consider your project as well.

It’s always been my desire to deal honestly with my clients. It’s their money, time, and investment. My personal dictate: to serve their needs openly and honestly – no games, no hidden costs or agendas.

Communication is the key to any relationship – especially business. it eliminates misunderstanding and confusion – it’s the only way I can work. the only way true business really works.

We all know that you can’t build a 3 story, 32 room mansion for $20,000; Same goes for production. There are reasonable costs associated with using great equipment and experienced, quality people. Especially ones who will care and work extra hard.

There’s an old saying: “If you want nice, clean, white oats, you have to pay the price. If you want those that have already gone through the horse… they’re a little cheaper.”

After the dance is over, I always feel the need to follow up to ensure the project went well, things are working and our relationship is solid.

It’s my attitude toward superior customer service that has garnered my much appreciated: 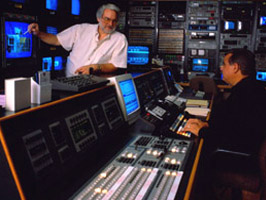 As the Producer/ Director, Ron is involved in all studio productions. 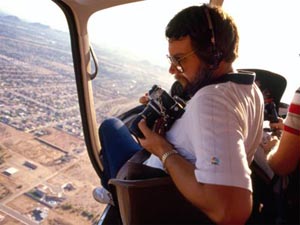 Ron even takes an active roll in camera work at 8,000 feet. 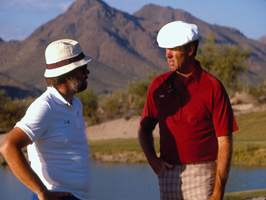 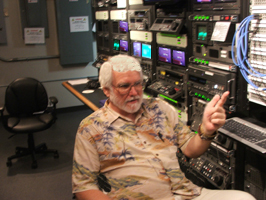 Ron’s background involved studies in engineering and it adds to the project. 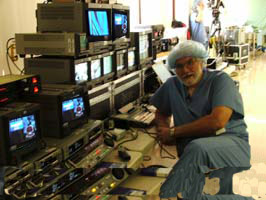 Directing medical broadcasts is part of his background for major clients. 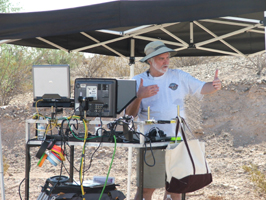 Working on varied projects for high speed video at 17,000 FPS. 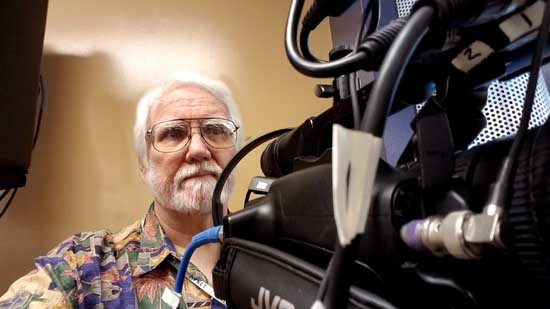 Whether it’s from the Orpheum Theater in Phoenix, AZ;  a surgery suite in Irvine, CA;  the Monument in Rapid City, SD; or a hotel ballroom in Baltimore, MD., webcasts are the tool of the savvy enough to use them. Worldwide broadcasting is easily available to the everyday corporate exec who wants to reach his customers or employees.

I’ve been producing flawless webcasts for a variety of clients both from our studio in Phoenix and various facilities, to locations around the world. There’s a lot of planning that goes into each one but my experience in producing them help to ensure that the message goes out.

Reach out to me

There are times that a more complex project encompasses many simultaneous locations, several groups of crews, and varied operations such as documentation, 2nd units, broadcasting etc.

This starts to require a project manager who is efficient at handling several things at once and is not distracted by trying to also be a director, cameraman, or other capacity. 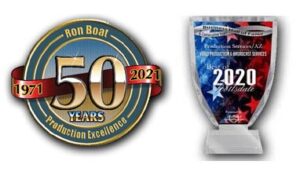 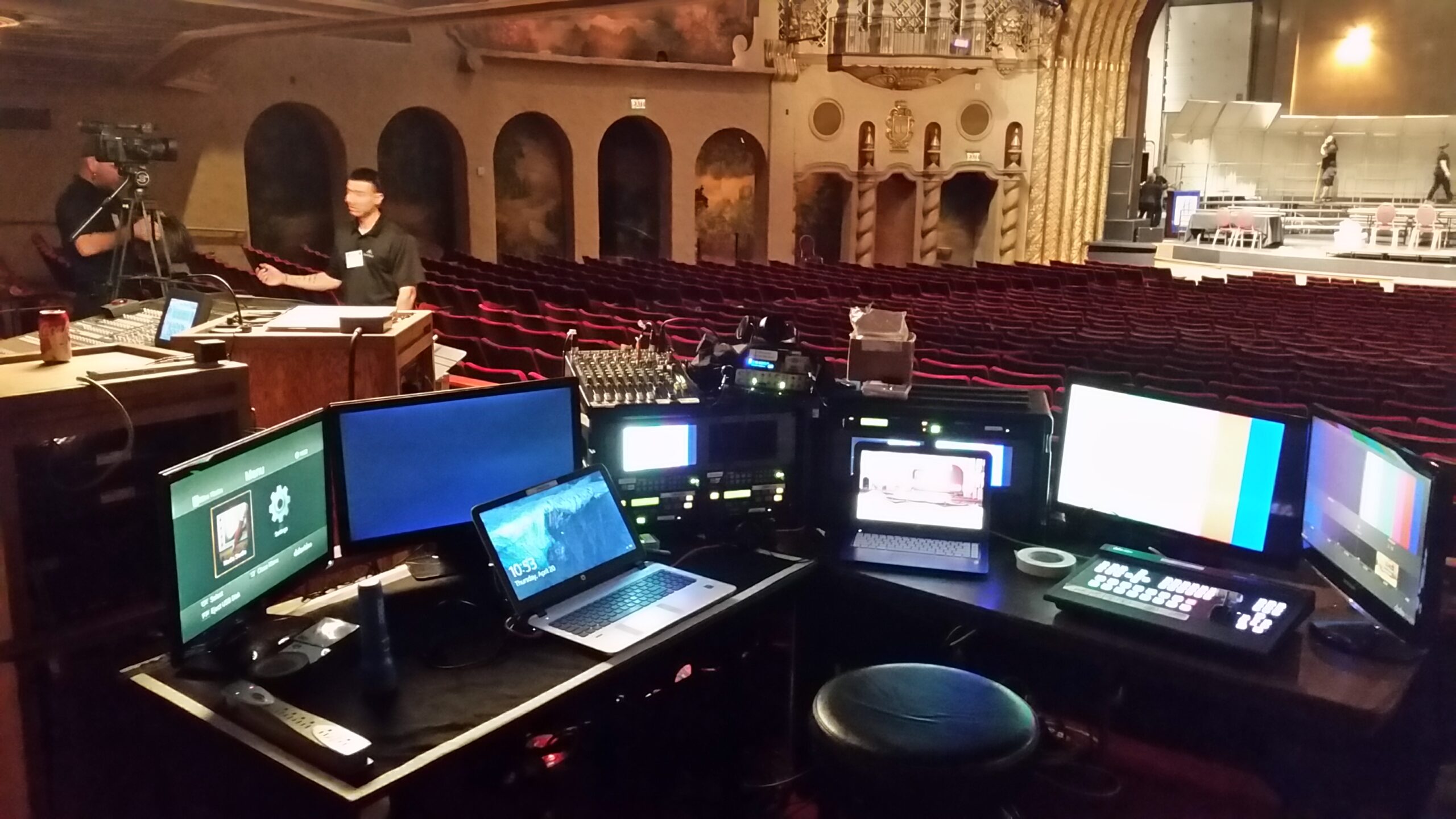 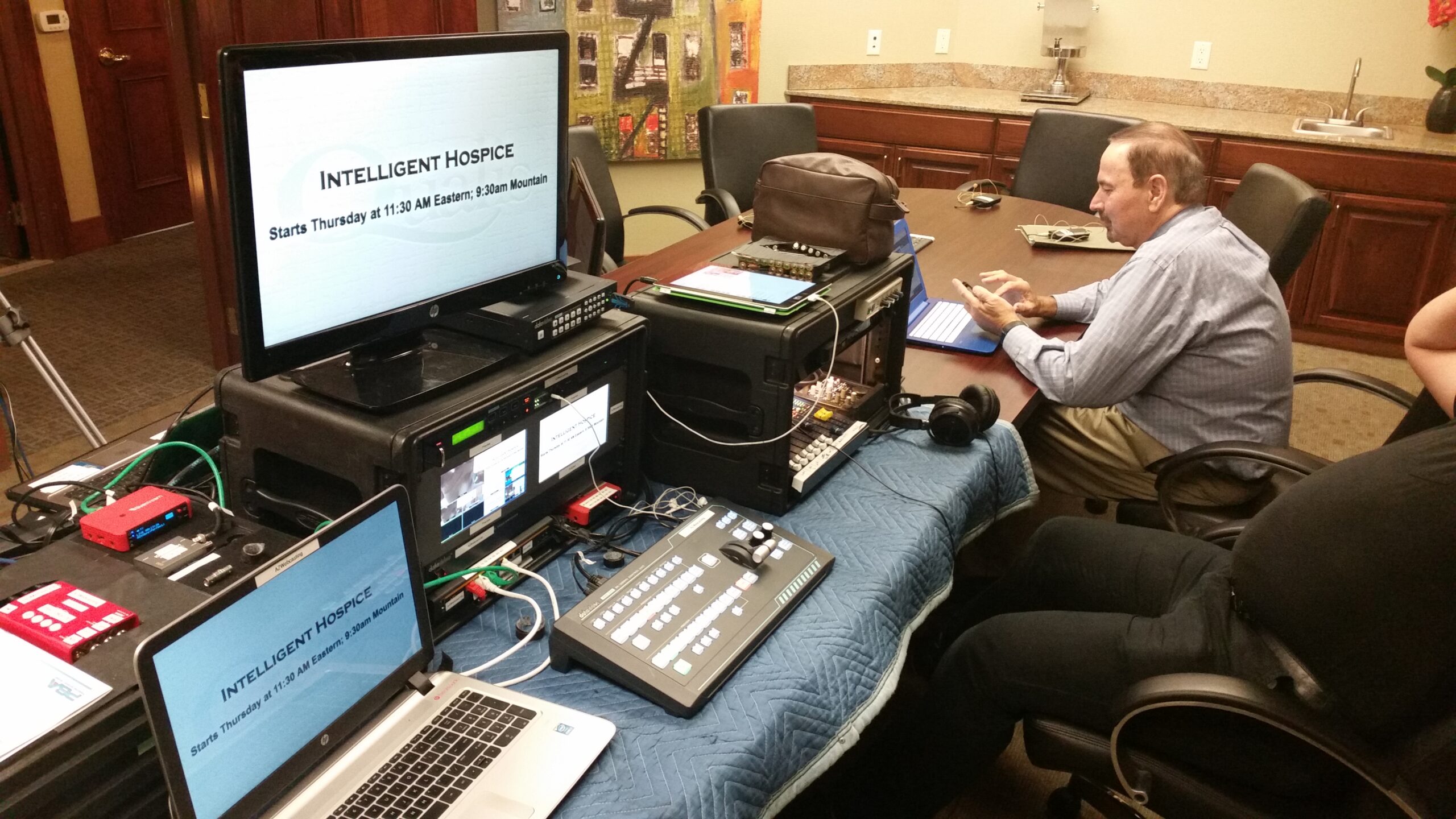 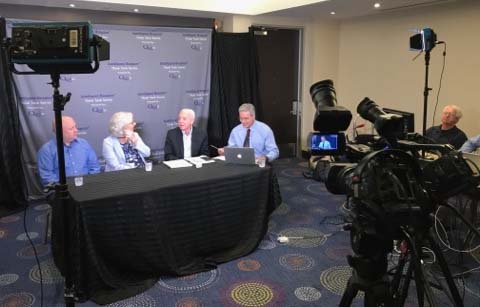 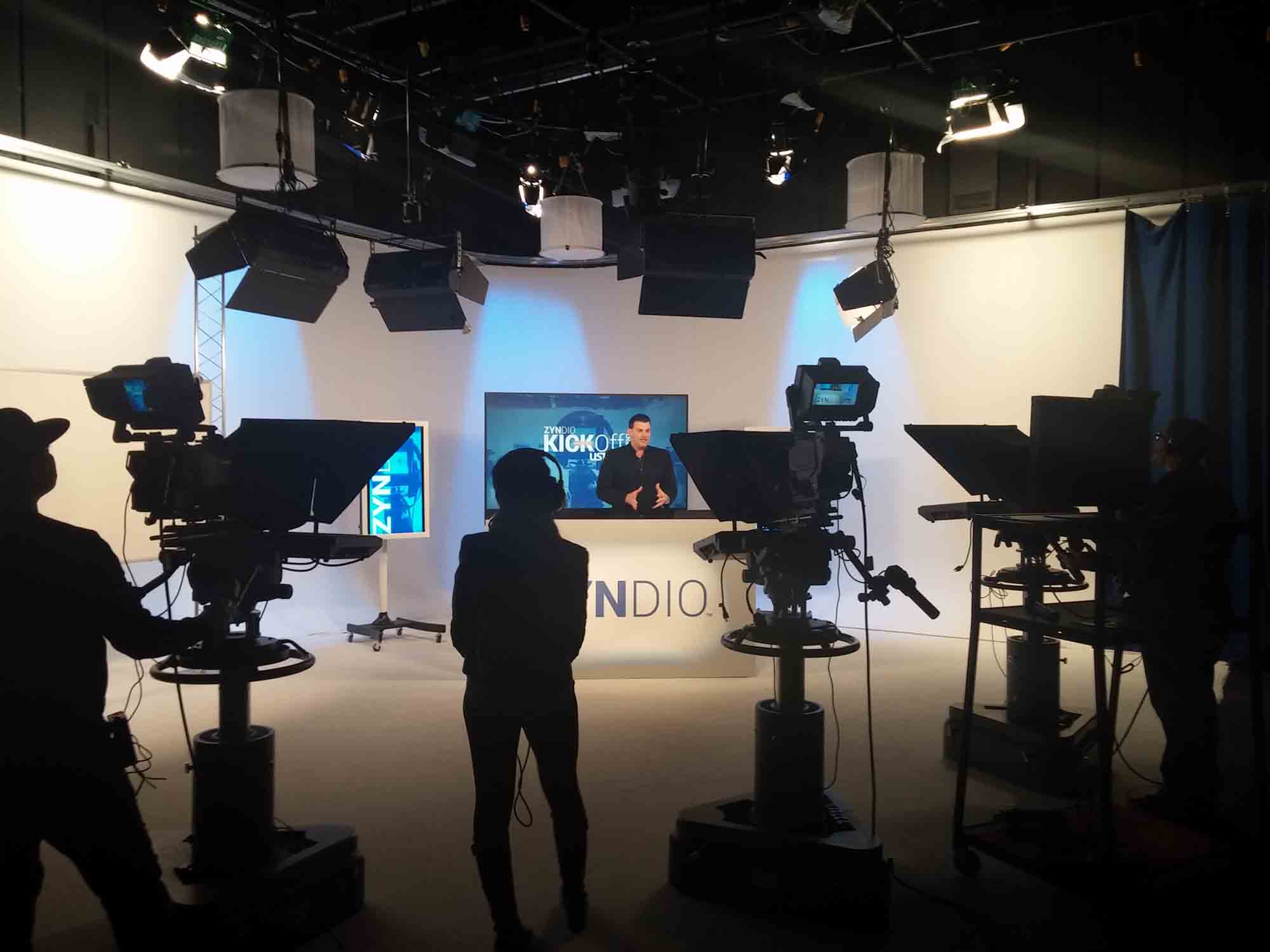 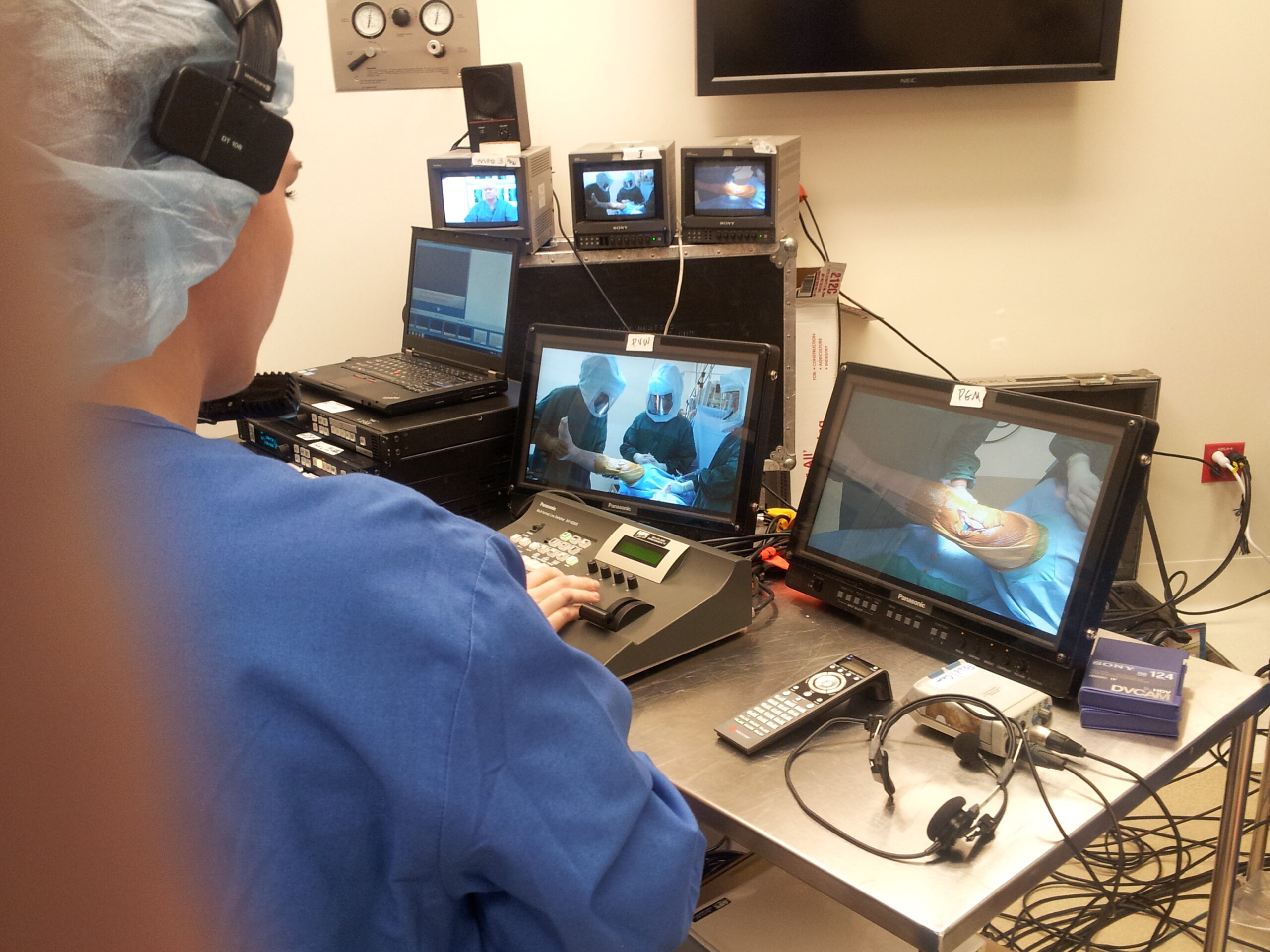 These represent just a few videos from over time related to different industries and situations. Much of what I’ve done is proprietary to industry reporting and not available for public viewing. Some of these are general pieces of projects or marketing pieces.

Every project is unique to the client and the final outcome is based on what the client wanted, his direction and input and of course the time and budget allowed.

Much of my work as cameraman, writer and other duties is done personally, while full productions for national and international clients is done through my production group, Production Services/AZ –   My Resume

My responsibilities and experiences on projects from decades of work are outlined below:

The producer’s responsibilities are varied and important. It’s the producer who, after extensive interaction with the client, pulls together the appropriate team of professionals to accomplish the goals of the project. He selects and coordinates the various locations that might be required. He selects the best camera operators, location and post audio engineers, lighting director, editor, broadcast and/or webcast engineers, grips and gaffers, electricians, graphics designer, still photographer, travel or transportation team, and any special people or services needed for the project.

Every project seen on this site, and more, are the direct result of my producing activities and those of a great team of crew members.

The project’s director is the on-location point of contact and control. He finalizes locations and crew and, along with the Director of Photography (DP), sets up every shot, every angle and confirms the right lighting for the script. He arranges shooting schedules and works with the crew assignments to maintain budget and completion guidelines. In a live broadcast scenario, he “calls the show” directing each of multiple camera shots while the technical director actually “switches” the show, and he directs audio and video engineers to make the show complete.

It’s the director’s responsibility to work with the editor to assemble the project into a final creative and cohesive form that meets the requirements of the client and matches the venue for the product be it a DVD, the web, YouTube, or other platforms.

It’s been said, and it’s true, that the script is the “blueprint” for the project. As a writer, it’s my responsibility to work closely and often with the client; to understand his true need and expectation; to convey the message of the project. Whether it’s a marketing piece for specific new products or services, or an ongoing campaign for corporate image or a training piece for employees, there are standards to be met. If the script is wrong or poorly written, the message is either lost in overproduction or just plain missing. The right words, the right flow and flourishes, the correct factual information are all required to meet the needs of the project. No writer’s ego, just a desire to complete the tasks at hand.

There are times when coordinated oversight is required while not being assigned one of the specific jobs above. This position becomes a combination of coordinating the project and the various people assigned as the representative of the client. the project manager’s knowledge of each  of the above positions is paramount to make sure the project is completed on time, on budget, and meets the requirements and expectations of the client.

Presentation for pharmaceutical company’s introduction of new drug to FDA.